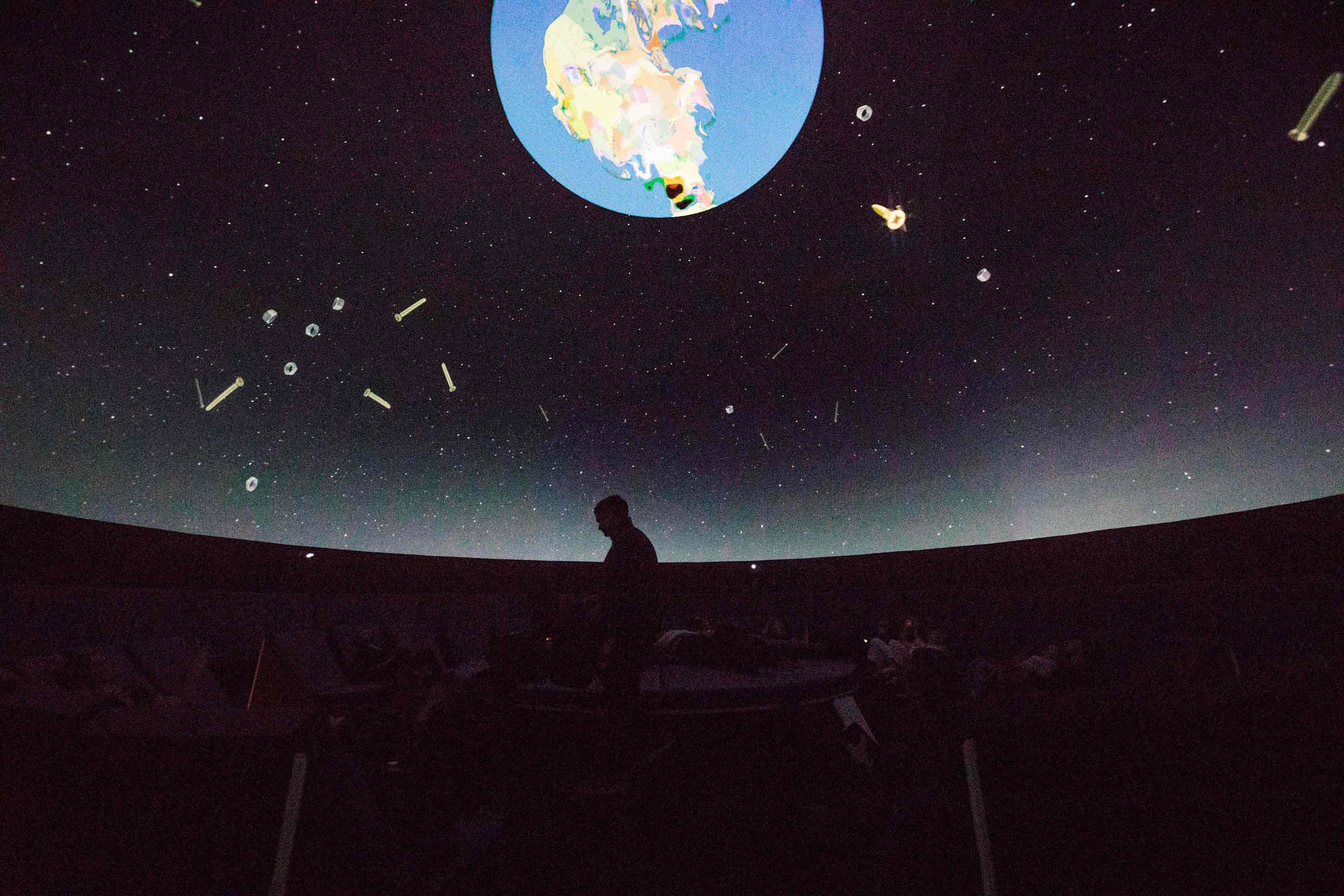 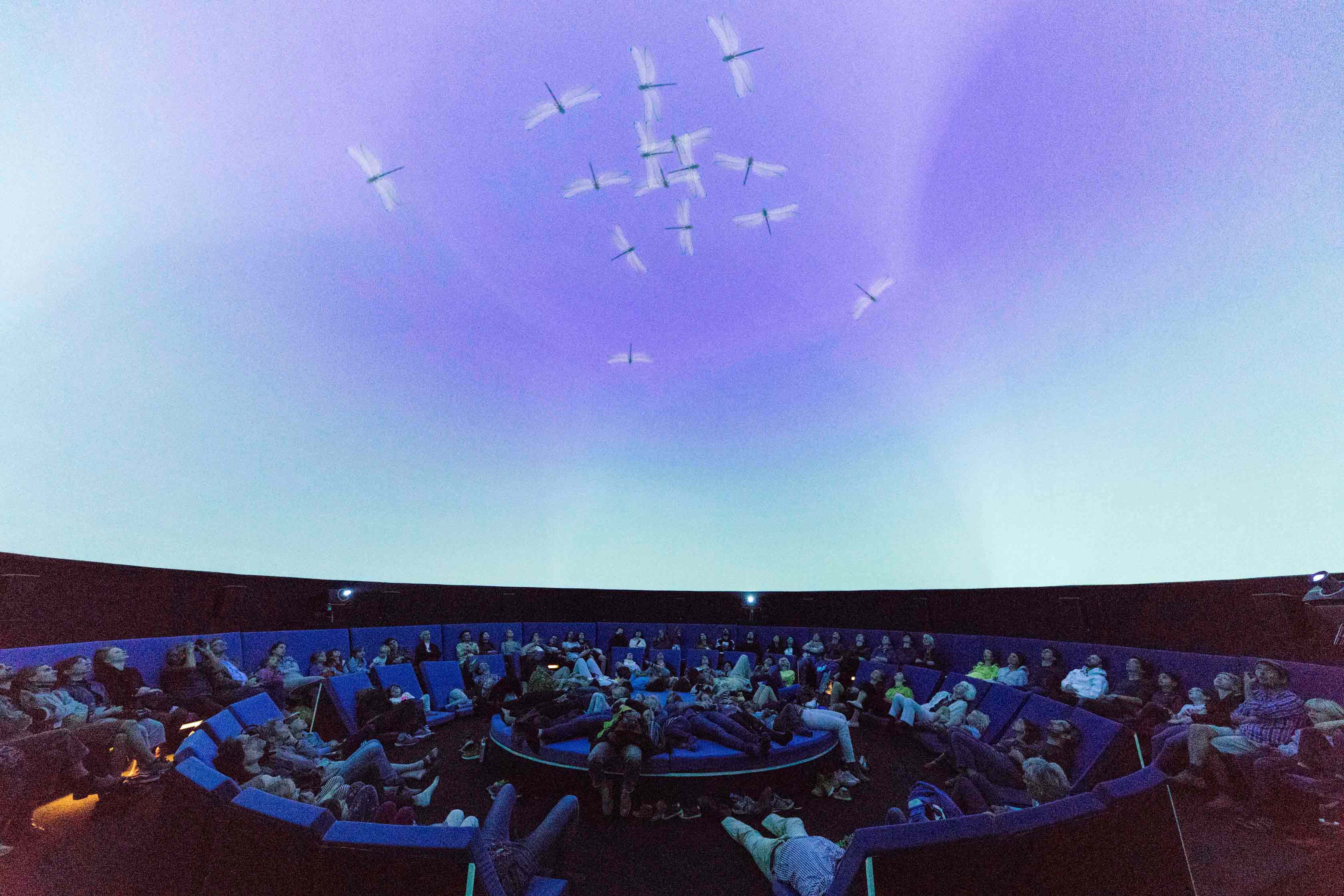 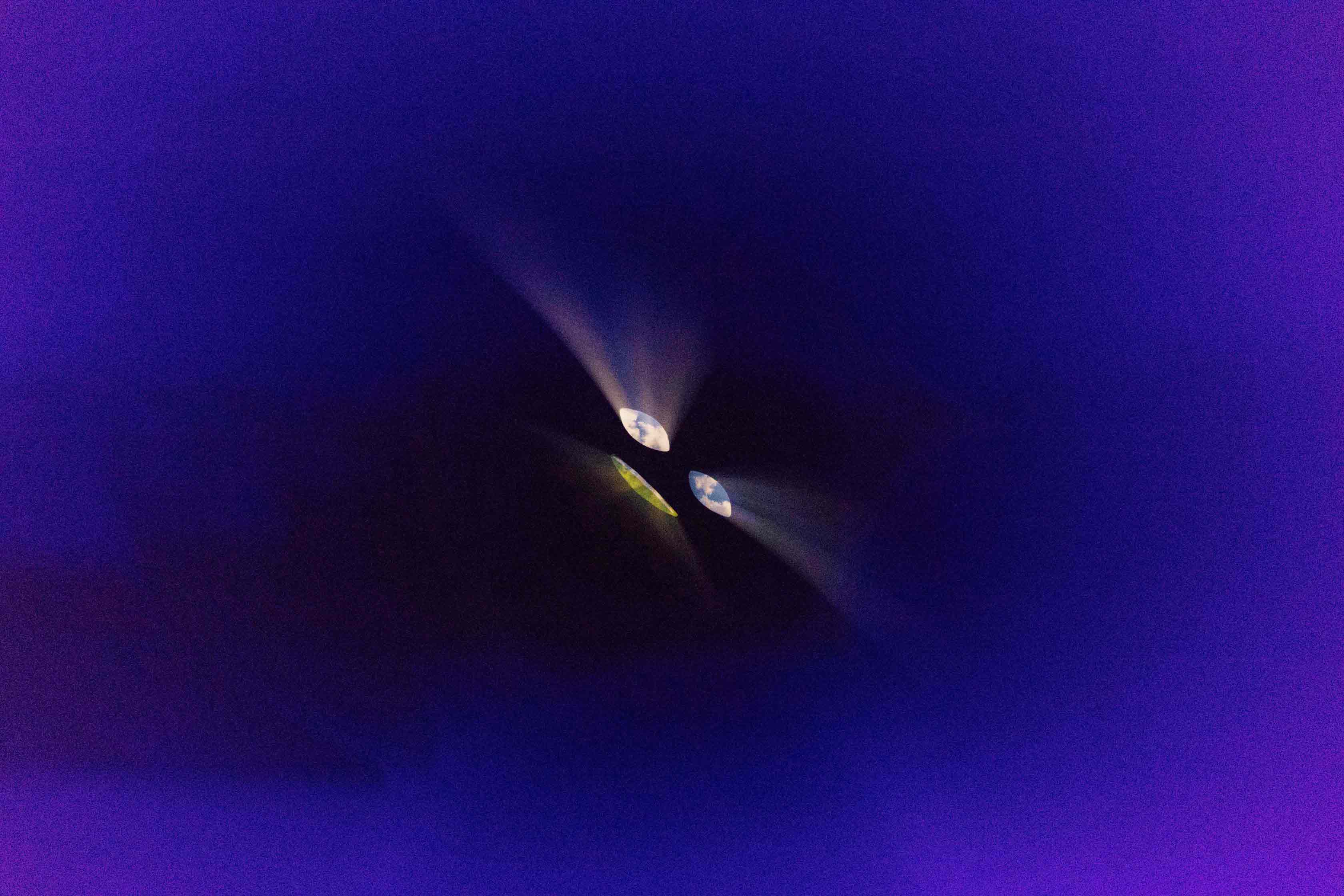 More than 250 million years ago, at the transition of the Permian to the Triassic eras, the largest known mass extinction in the Earth’s history occurred and up to 90 percent of the planet’s life was annihilated. This disturbing natural phenomenon and its impact are at the centre of “The Happiest Thought”, a Full-Dome visual essay created to be screened in planetariums and domes. The work, which revives the Earth’s destroyed biosphere in a poetic way, is constructed as a hypnotically enchanting séance and narrated by US-American performance artist Geo Wyeth. The film’s point of departure is the “happiest thought” of the physicist Albert Einstein, what he later called the fundamental thought that inspired him to formulate his general theory of relativity in 1915, which understands space and time as dynamic entities.